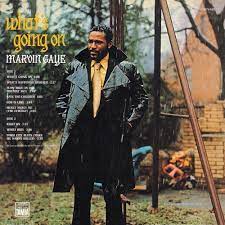 One of my favorite songs (past and present) is by American soul singer, songwriter, and producer Marvin Gaye.

It was released on May 21, 1971, by Motown Records.  The narrative established by the songs is told from the point of view of a Vietnam veteran returning to his home country to witness hatred, suffering, and injustice. Gaye’s introspective lyrics explore themes of drug abuse, poverty, and the Vietnam War. He has also been credited with promoting awareness of ecological issues before the public outcry over them had become prominent (Mercy, Mercy Me).[1]

As I look around our nation and world, I ask the same question. What’s going on?  And I even ask where is God in all this confusion?  And why doesn’t God intervene?  Such was the case with the prophet Habakkuk as he looked upon the nation of Judah.

The consequence of sin

The prophetic book of Habakkuk shares the dialogue between a “gracious God” and an “anxious prophet”.  As is true with both the major and minor prophets, we are given great insight as to how a holy God deals with an unholy and rebellious nation.

Although the nation of Judah was God’s “covenant people” (Deut. 7:7), God was now prepared to meter punishment on them like they had never experienced. The prophet Habakkuk has been chosen for “such a time as this”—a time when time has runout!

Judah was guilty of extraordinary sins.  Habakkuk inquired of God how long He would allow the wickedness of Judah to go unpunished.  They would not go unpunished.  God would use the nation of Babylon as His “chastening rod”.

We often think that our wrong behavior is not being seen by others.  While that may be true for a moment, the fact is, God sees!  What is done in the dark, will always come to light (Luke 8:17).  Many of our ousted elected officials and fallen religious leaders can attest to that truth.  However, there are always consequences for sin and it’s usually not good.

The cost of sin

The cost is being realized as we see the immediate impact sin has on our children, our families, and our communities.

But what do these impacts have to do with sin?  Re-read the “five woes” and see how they fit in our 21st century culture.  If we are not guilty by “commission”, perhaps we are culpable by “omission”—by what we don’t do to make life better for others (Prov. 3:27).

The just shall live by faith

Although God’s judgment was hard for Habakkuk to accept, he recognized the only “proper response” in the midst of this dilemma.  He was “to live by faith, not by sight” (Hab. 2:4).

As we look at the world we live in, it is easy to be disillusioned and in despair.  Just like Habakkuk, we may question how long God will tolerate sinful and evil behavior from both individuals and nations.

Regardless of who sits in the White House or State House, we as believers in Christ are to do our part to speak truth and justice.  We are to engage in our world to represent Jesus as He ensures God’s will is accomplished (2 Cor. 5:15).  We are to live by faith.

Like Habakkuk, we have an ordained purpose to accomplish (Eph. 2:10).  We are to pursue our purpose trusting that God sees and is always in control.  He is constantly, through every historic event moving us to His divine plan of salvation for mankind.

Knowing that, our purpose should not focus on our personal agendas.  But instead let us join God in His plan.  Like Habakkuk and Esther and all those who have gone before us, we were created for such a time as this.  Let us not be in despair but let us “go forth” in the strength of the Lord (Ps. 71:16).