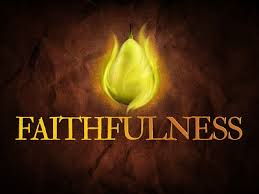 My people are bent on backsliding from Me. Though they call to the Most High, None at all exalt Him. Hosea 11:7 (NKJ)

As a child, I remember our worship services especially the ones with sermons that warned our congregation of the dangers of “backsliding”.  After the minister’s fiery discourse, a few members, would approach the “welcoming” altar, many times weeping and repentant.

The word backslide, in a Christian context, implies movement away from Christ rather than toward Him. A backslider is someone who is going the wrong way, spiritually. He is regressing rather than progressing. The backslider had at one time demonstrated a commitment to Christ or maintained a certain standard of behavior, but he has since reverted to old ways.[1]  Backsliding in Hebrew mean “turning away, turning back, or apostasy”.  It infers “defection”—turning away for the wisdom of God (Prov. 1:32) and away from Jehovah—the Covenant Keeping God (Jer. 3:6, 8, 11, 12).

We don’t hear much about backsliding these days.  Perhaps our focus has shifted to the “lost” versus those who “appear to be” in the ark of safety.  But backsliders are as important to God as the unsaved in that backsliding is an indication of one’s faithfulness to Him.  Faithfulness to God was an important part of the prophets’ proclamations and is central in appreciating Hosea 11.

The Old Testament prophet’s function was to not only herald the warnings of God but to also remind God’s people, Israel, to remain faithful to Him.  Through the prophets, God announced His intentions to enforce the covenant which was always in accordance with categories of blessings and curses already contained in the Law.  Even today, we need to take heed to the prophetic Word of God.  We must remain faithful to Him and if we have “backslidden”, repent and return to faithfully follow God.

One of the early writing prophets, Hosea used his own marital experience as a symbolic representation of God and Israel.  For Israel’s immorality and worship of idols, God’s punishment of Israel would be swift and severe.  Israel’s unfaithfulness would earn God’s judgment and doom.  God’s compassion toward Israel would be the only reason God’s mercy and grace would be extended (Hosea 12:6).  It would, however, call for their faithfulness to God.

In Hosea 11 God speaks to the prophet as one would speak to a close friend and confidant.  God shares with Hosea His history of unbridled favor and goodness to Israel.  The opening verses (vv. 1-3) read like a doting parent, who has poured all their affection and attention upon their child only to receive, in return, opposition and defiance.  God’s “gentle cords and bands of love” (v. 3) only resulted in Israel’s ingratitude and unfaithfulness.

God attributes Israel’s behavior to its “bentness to backsliding.”  This “bentness” is similar to Paul’s description of “the flesh”—that unredeemed part of man that still exists within believers (Rom. 7: 17-19).  Israel was deaf and disobedient to God’s voice, spoken by Moses and His other prophets. They rebelled and became more resolute in their disobedience; adding to Israel’s injurious behavior, was their failure to exalt God (v. 7).

The positive ending to what began as a tragic narrative is that in spite of Israel’s faithlessness, God was faithful. God honored His covenant and extend mercy to Israel with the promise to ultimately restore His covenant people to Himself (vv. 10-11).

Are we guilty on 21st century backsliding?  How similar is Israel’s behavior to that which we find in our nation, in our homes, and in our individual faith walk.  That same “bentness to sin” that tempted Israel still tempts us today to unfaithful behavior. Though delivered from the bondage of sin, we may find ourselves still pursuing those things that feed our fleshly desires and wants (1 John 2:15-17).  Backsliding may manifest itself in several ways, e.g., dropping out of church, losing fervor for the Lord, walking away from a ministry or a family, or falling back into old habits.

Do we exalt God for His many blessings—undeserved and unmerited?  Do we acknowledge and honor Him giving Him the glory due His name?  Or do we contentedly choose to remain silent, not lifting up our hands and souls to the Most High God (Ps. 107:8-9)? Have we left God’s Living Waters for the broken cisterns of this world? (Jer. 2:13; 14:3)

It is a great encouragement to our hope in God’s mercies to remember that “God is God”, and not man.  He is the Holy One.  He is faithful and just to forgive us our sins and receive us even when we are guilty of backsliding.  God is faithful to His covenant people.  Even in our faithlessness, God still remains faithful to us (2 Tim. 2:13).

One thought on “Return to Faithfulness”