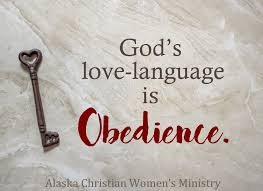 Teach me knowledge and good judgment, for I believe in your commands.  Before I was afflicted I went astray, but now I obey your word.  Psalm 119:66-67 (NIV)

In book, “Think Like Jesus,” pollster George Barna tackles a formidable topic, “How do Christians develop a “biblical worldview” in a fallen world?  But more than that, why is it important to do so?  How is it possible to be “in this world but not of this world”?  (John 17:14-15)

Believer’s struggle with this dilemma is evidenced by the world’s inability to distinguish believers from itself.  In a world that labels Christian beliefs as intolerant and antiquated, believers find it easier to “go along to get along.” The salt is no longer salty and the light is growing dim (Matt. 5:13-16).

Barna offers several scriptural principles to guide believers as they create a biblical worldview for their life—one of these principles is the importance of obedience to God.  “Obedience is more than just following the letter of the law; it is discerning what God would want – His will for us – and choosing to seek that outcome.”

Lenten season with its focus on self-examination and self-denial is a good time to study this topic of obedience and how it impacts our personal relationship with God.  What is it and why is it important?  And much like Barna’s study, how does obedience to God (of lack of it) affect our “worldview”, our relationships, and our belief systems.

When you read or hear the word obedience, what comes to mind?  lf you are like me, you may instantly  think of its opposite—disobedience and the consequences that go with it.  According to Webster, obedience is defined as submission to authority.  Operating with that definition, people view obedience as harsh and demanding.  Their response is generally one of resistance that is anchored in the human desire to control their own destiny and live independent of God’s rule in their life.  This, unfortunately, misses the true intent of godly obedience.  That is why a biblical view of obedience is needed.

In the Old Testament, obey means to hear.  It stresses not only hearing but also understanding. As God spoke through His revelation (His ways and works), His people were able to hear and understand His desire for them—“plans to prosper and not to harm, plans to give hope and a future” (Jer. 29:11).

In the New Testament, obey was not only connected with hearing but also means to convince or to persuade.  A person who is persuaded to obey a demand obeys it (James 3:3). Obedience is spoken of as an attitude (2 Cor. 2:9) and most particularly as a faith-rooted disposition (Phil. 2:12).

Jesus’ teaching of obedience flows out of a personal relationship with God and is motivated only by love.  The obedience of Jesus is held as the ultimate example for believers as we strive to adopt a Christ-like attitude in our daily walk. “He humbled himself and became obedient to death—even death on a cross!” (Phil 2:8) Obedience is the outward response of a heart that loves God.

God’s call for obedience is a loving invitation to experience His best. Man’s response to God’s invitation is a heart that hears and turns to Him.  Obedience, properly understood, is never a cold or impersonal command that arouses resentment. Our response of obedience should flow from a heart that hears God’s Word, feels God’s love and turns to Him.