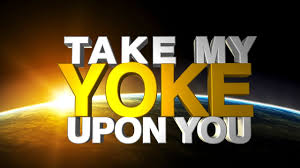 “Come to Me, all you who labor and are heavy laden, and I will give you rest. Take My yoke upon you and learn from Me, for I am gentle and lowly in heart, and you will find rest for your souls. For My yoke is easy and My burden is light.”   Matthew 11:28-30 (KJV)

How do you respond when you receive an invitation? What are your criteria for rendering a positive response? Do you first identify the   sender of the invitation? Are they a friend, a casual acquaintance, or part of an exclusive circle you’d like to join? Do you evaluate the event?  Will a similar invitation be offered at a later time or is this a special occasion?  lnvitations, by their very nature, infer a “closed event”, therein requiring a special request for entry. However, when Jesus extended His invitation “to come”, He invited “not the wise, the mighty, or the noble” (1 Cor. 1:25) but to those in greatest need of Him–“they that labor and are heavy laden.” And to what was He inviting those who heard Him that day? His yoke.

The yoke is a powerful symbol in the Bible. The literal references to the yoke speak of a wooden bar or frame used to join animals to enable them to pull a load, a plow, often together so they could work in tandem. When used in the Old Testament, the yoke is often used figuratively of bondage and of the burden borne by slaves (Ex. 6:6-7). The image is used powerfully by the prophets to portray the fate of disobedient generations (ls. 10:27; Jer. 27:11; Ex.34:27).  ln most of the Old Testament references, the yoke is a negative image–something a person would do virtually anything to avoid.

But Jesus turns his paradoxical rhetoric to represent something “good”–subjection to Him: “Take my yoke upon you and learn from me,  and you will find rest for your souls.  For my yoke is easy and my burden is light” (Mt 11:29-30 NIV). Jesus saw the need of the people at that time. He saw a religious system that was demanding yet indifferent to the needs of its people. He saw a social system that was unjust and oppressive. Jesus saw a hurting world in need of a Messiah.    Very much like our world today.   When Jesus entered the synagogue in Nazareth on Sunday morning, He confidently proclaimed:

“The Spirit of the LORD is upon Me, Because He has anointed Me To preach the gospel to the poor; He has sent Me to heal the brokenhearted, To proclaim liberty to the captives And recovery of sight to the blind, To set at liberty those who are oppressed; To proclaim the acceptable year of the LORD.” Then He closed the book, and gave it back to the attendant and sat down. And the eyes of all who were in the synagogue were fixed on Him. And He began to say to them, “Today this Scripture is fulfilled in your hearing.” (Luke 4:78-21)

Christ’s yoke is very different from the world’s yoke. The world’s yoke presents itself in the form of fear, guilt, and shame.  lt is heavy, demanding, and burdensome.  Christ’s yoke is “easy” and consists of forgiveness, love, and acceptance. Christ’s “burden” is light because He took the full weight of sin on Himself at the Cross.

Was Jesus’ reference to the yoke, a “symbolic invitation” to join Him and find in His strength release from unbearable burdens? Or was it “His call” to people to become His slaves and experience freedom from the crushing weight they experience from the Law and religious activity?  ln either case, the theme and the invitation are central. Jesus still calls, “Come,” and He promises us “rest for our souls.”  Accept His invitation today and let Him “lighten” your load.