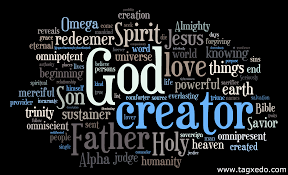 Let the heavens rejoice, and let the earth be glad; And let them say among the nations, “The LORD reigns.” 1 Chronicles 16:31 (NKJ)

The Lord reigns?  To some this may be a question spoken in general disbelief.  As one looks around this world and our nation, there is question as to the reality of God and God’s involvement in the activities of mankind.  Does God really care about me? Does God see me in “my” situation—in my humanness?

The Lord reigns!  This is the reality and declaration of people of faith who anchor their lives to the “King eternal, immortal, invisible, the only wise God” (1 Tim. 1:17).  God is the only One worthy of our loyalty and praise.

People of faith trust that even in the suffering and pain, God is working all things together for His glory and ultimately our good (Rom. 8:28).  We know that our God is eternal—reigning both in “human time” (chronos) and “His perfect time” (kiros).  We wait and watch for His hand at work around us and in our life (Psa. 123:1-2).

The Lord reigns.  To you I offer this as a statement of reality and personal identity.  The reality is that God alone is sovereign.  It is because of His goodness and greatness that He alone is worthy to rule over the hearts of men and nations.  Our personal identity in Christ guarantees our reign with Him in glory (Rom. 8:17).

The Lord’s reign is fully realized in the coming of Jesus the Christ.  In Jesus’ arrival the kingdom of God is ushered into this world we now live in.  It is here that those who are in Christ are to take authority and witness to this glorious fact—God reigns!