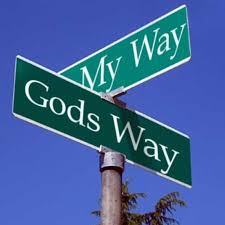 Preparing for the Passion

Our Lenten season journey will soon close with remembrance of the Passion Week.  This week, prior to Easter, recounts the suffering and death of Jesus Christ as He journeyed to the Cross.  During that week, Jesus was intentional and direct as He prepared his disciples for the gruesome ending of His physical life.  His act represented, not only His extreme love for us but also, His unyielding obedience to the Father.

Jesus’ substitutional death was decreed by God before the foundation of the world (Eph. 1:4).  A sacrifice for sin was needed (Lev. 17:11) and Jesus was that willing, obedient sacrifice.  Jesus was to die for our sins and receive the penalty we deserved.  From the Garden of Eden to the Garden of Gethsemane, Jesus’ focus was to release us from the bondage of sin (Matt. 1:21).

Jesus announced His arrival as the promised Messiah in the synagogue at Nazareth.  He was the Anointed One who would “release the captives and let the oppressed free” (Luke 4:18).

Jesus accomplished that purpose on Easter Sunday, when He rose from the dead, breaking the power and the penalty of sin in our lives (Col. 2:13-15).  This includes sins we have committed in the past, commit in the present, and will commit in the future.  When we reach heaven, we will finally be delivered from the presence of sin.

Jesus’ obedience led to our victory over sin and our freedom to grow in grace (2 Pet. 3:18).  Why? So that we can obediently serve the Lord and further His kingdom.

In Romans 6:16-18, the Apostle Paul challenges the young church at Rome to obediently follow Jesus and the Word (the Gospel) that had been delivered to them.  I guess you could call them “hokey-pokey” Christians.  They had “one foot in the Church and one foot in the world”.  Sound familiar?

Do you not know that if you present yourselves to anyone as obedient slaves, you are slaves of the one whom you obey, either of sin, which leads to death, or of obedience, which leads to righteousness?  But thanks be to God that you, having once been slaves of sin, have become obedient from the heart to the form of teaching to which you were entrusted, and that you, having been set free from sin, have become slaves of righteousness.

This is the same “obedience challenge” we face daily while living in our earthly flesh.  Until we are delivered from the presence of sin, we must doggedly declare “ourselves dead to sin and alive to God” (Rom. 6:11).  We must exercise our freedom in Christ to leave behind sinful patterns and influences which move us away from God.  We must not take God’s glorious gift of grace for granted and continue in sin through our disobedience.

During this season of Lent, many of us are practicing the discipline of fasting.  We have given up some habit, practice, or vice and have replaced it with new activities that draw us closer to Jesus.  This includes more time in prayer, studying the Word, or solitude.

Lent is a period of denying our “flesh” and of self-reflection, hopefully leading us to greater spiritual maturity and obedience.  But let’s be honest, aren’t there some things we should stop doing beyond Lenten season?  Some sin(s) that are keeping us enslaved to the world and Satan? (Heb. 12:1)

Are we choosing to remain “shackled” by sin when Christ has set us free from sin’s power and penalty?

“You are slaves of the one you obey.”  Question for today:  Who are you obedient to?

There was book that was popular many years ago entitled, “All I Really Needed to Know I Learned in Kindergarten.”  It contained simple nuggets of wisdom that were garnered from watching how children interacted with each other and the world.

It’s been said that life is a giant classroom in which we can experience many valuable lessons.  What really determines our success in learning is our willingness to learn.

As the close of Lenten season approaches, I have learned three valuable lessons in observing Christ’s journey to and ultimate sacrifice on the Cross.  I share these with you on your journey to living victoriously in Christ Jesus .

I must Die to Live.  Believers will have difficulty living victoriously until we are willing to die to ourselves and surrender to the Lord.  In His final days with His disciples, Jesus used an example from farming to illustrate this point.

I tell you the truth, unless a kernel of wheat falls to the ground and dies, it remains only a single seed. But if it dies, it produces many seeds.  The man who loves his life will lose it, while the man who hates his life in this world will keep it for eternal life. Whoever serves me must follow me; and where I am, my servant also will be. My Father will honor the one who serves me. (John 12:24-26)

I must Lose to Win.  Believers cannot live in the fullness of God apart from the “filling” of the Holy Spirit.  “Filling” means relinquishing control to the Holy Spirit.  Paul shared this belief in his letter to the church in Philippi.

But whatever was to my profit I now consider loss for the sake of Christ.  What is more, I consider everything a loss compared to the surpassing greatness of knowing Christ Jesus my Lord, for whose sake I have lost all things. I consider them rubbish, that I may gain Christ. (Philippians 3:7, 8)

I must Surrender for Victory.  Believers who surrender to the King of Kings acknowledge God as the Sovereign of the universe.  We are part of God’s kingdom and we must willingly abdicate to His rule over our lives.  Habakkuk, the prophet, understood this relationship when he prayed this prayer.

Though the fig tree does not bud and there are no grapes on the vines , though the olive crop fails and the fields produce no food, though there are no sheep in the pen and no cattle in the stalls yet I will rejoice in the LORD, I will be joyful in God my Savior. The Sovereign LORD is my strength; he makes my feet like the feet of a deer, he enables me to go on the heights. (Habakkuk 3:17-19)

Lenten and Easter seasons are a time for us to not only celebrate the victory of Jesus over the Cross (Is. 49:1-7) but also to prepare for  our next steps after Easter.  It is a perfect time for reflection and redirection.

What are the things God is asking you to lose, surrender and/or die to in order to live victoriously in the fullness of God?  We need only a child-like trust in the Savior of the World, Jesus Christ, to learn all we need to know about “what really matters.”