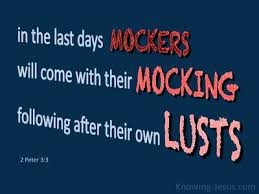 Our intent in creating this series has been to offer a new perspective on the whole counsel of God that will hopefully increase believers’ confidence in its validity and its value in navigating in the 21st century. If you’re struggling with obedience and how to be obedient to God, continue reading.

We introduced our series by first discussing the wisdom of God.  The “unsearchable” knowledge of God (Rom. 11:33) establishes the foundation for acceptance of the whole counsel of God and for victorious living under “Kingdom Rule”.

We expanded the definition of the whole counsel of God to include not only that which is revealed through His Word and the Holy Spirit, but also extends to His realized purpose and His will in the world and in the believer’s life.

The reliability of God’s counsel is a consequence of who He is and His relationship with believers. God is, by nature, exceedingly good and great!  Because of that, God’s counsel can be trusted.

So why do people reject God’s counsel?

When I teach God’s Word, I am surprised at the number of pushbacks and arguments I get from people as I share the whole counsel of God.  I see in their eyes and hear in their voices, the inner conflict that God’s Word creates in their life as they attempt to convince me (and justify to themselves) their “difference with the counsel” that is being “revealed”.  It is out of this place of discomfort that the Bible and the Holy Spirit is regularly accused of being “intolerant”, “outdated”, and “inaccurate”.

The reason for their “disconnect” is the standard they use to assess the “value or correctness” of God’s counsel.  Their “source of counsel” is, in most cases, the world, their flesh, and/or the influence of Satan.   Once this is understood, it becomes clear the basis of their discomfort is not the sufficiency of Scripture but the struggle for authority in their life—God’s authority or the current worldview?  God’s authority or what makes them happy?  God’s authority or Satan’s authority?  It is a matter of authority and obedience.

Obedience and the whole counsel of God

I was saved when I was nine years old.  I bought the “fire insurance” and wasn’t going to hell.  But it was 30 years later that I learned about “lordship” and God’s authority and rule in my life.  That required me to change the source of my counsel—no longer the world, my flesh, or Satan—but the whole counsel of God.

My personal journey has led me to believe that people’s disobedience and rejection of God’s counsel usually stems from one or all of the following:

Blinding by Satan.  “And even if our gospel is veiled, it is veiled to those who are perishing.  In their case the god of this world has blinded the minds of the unbelievers, to keep them from seeing the light of the gospel of the glory of Christ, who is the image of God.”  2 Corinthians 4:3-4 (NRS)

Paul explains to the Corinthians the reason why people reject the gospel.  The translated meaning of veiled is “to hide or hinder the knowledge of a thing.” And who is the culprit responsible for the veiling?  It is Satan.  Satan’s agenda is to keep people away from their Creator and His purpose for their lives.  And what doesn’t Satan want people to know?  “The gospel of the glory of God” realized through the sacrificial death and resurrection of Jesus Christ.  Jesus has provided freedom from the bondage of sin, a path back to God (reconciled), and access to spiritual blessings prepared for them (Eph. 1:3-5).

As Christians we not only have become new creatures in Christ (2 Cor. 5:17) but we also have been delivered from the penalty and the power of sin.  However, until Christ’s return or we transition to be with Him in heaven, we must still deal with the presence of sin, in our unredeemed flesh and by virtue of living in this fallen world.

These two facts require BELIEVERS to continually be aware of those factors that tend to “bend us” toward the “world’s view of life” versus God’s expectations of Christian behavior and purpose.  If you have not accepted Christ’s offer of salvation, there is still “room at the Cross” with an opportunity to “change the bentness” of your flesh and the influence of this “falling” world in our lives.

Battle for Truth. “Ever since the creation of the world his eternal power and divine nature, invisible though they are, have been understood and seen through the things he has made. So they are without excuse for though they knew God, they did not honor him as God or give thanks to him, but they became futile in their thinking, and their senseless minds were darkened.  Claiming to be wise, they became fools. Romans 1:21-22

The battle for truth in the 21st century is raging.  We feel the effects of postmodernism both inside and outside the Church.   To exacerbate this dilemma, social media and technology has introduced the ability for individuals and groups to flood the channels with their agendas that spread propaganda, misinformation, and disinformation.

Propaganda is defined as the systematic transmission of information or ideas in order to encourage or instill a particular idea, attitude, or response. Misinformation is erroneous or incorrect information. Misinformation differs from propaganda in that it always refers to something which is not true. Its intent is usually neutral. Disinformation refers to disseminating deliberately false information, with the intention of influencing policies of those who receive it.

So where is one to go for good counsel?   To the only source that has a record of being all wise, reliable, and totally committed to our well-being.  That Source is God.

The whole counsel of God includes some things that are difficult to hear—the fact that we are dead in sin and deserving of God’s wrath (Eph. 2:1–3) and the fact that we cannot save ourselves through works (Eph. 2:8–9). The gospel is a call to faithfulness and holy living (Eph. 1: 4).  Believers will face persecution (John 16:33) and likely be considered foolish. But none of these things should dissuade us.

When we accepted God’s lordship and are obedient to His will and His purpose, our life will become richer and fuller—God planned it that way through Jesus Christ who is the living WORD (John 10:10).  Accept the full counsel of God as your source of wisdom and direction.  God’s counsel is the true path of life (Ps. 16:11). 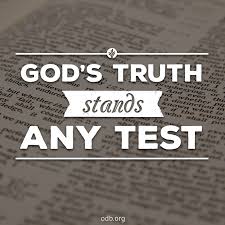 Ah Lord GOD! It is you who made the heavens and the earth by your great power and by your outstretched arm! Nothing is too hard for you. Great in counsel and mighty in deed.

In the introduction of this series, “The Whole Counsel of God”, I emphasized the importance of understanding who God is.  Our view of God creates the framework on which our faith and life is to be built.  This is also true with regard to following God’s revealed will and purpose for our life.  Last week in our discussion on the reliability of God’s counsel, I concluded that God can be trusted because of our relationship with Him and because of who He is.  Today we will continue with specifics into the reliability of God by examining a few of His key attributes.

The Attributes of God

When we speak of attributes of God, we are referring to those qualities that make up who God is—they are characteristics of His nature.  We are not referring to the acts which God performs, such as creating, guiding or preserving nor to the roles He executes as Creator, Guide, or Protector.  Attributes are the essence of who God is and are qualities shared by the entire Godhead—the Father, the Son, and the Holy Spirit.

The whole counsel of God, His truth revealed in His purpose and His will, proves reliable because they flow from the very nature of who God is.  God cannot deny Himself (2 Tim. 2:13).  In response to challenges to their Christian beliefs, believers often use the adage, “God said it and that settles it”.   Although their comeback may sound comical or ridiculous to some, their position of belief is biblically sound, because it is based on the source of their information—God Himself.

This is usually asked by those who feel that the Bible is “outdated” or “out of touch” with the life styles of the 21st century.  Such questions, although often sincere, are a serious threat to the biblical authority of Scripture.  Although the Bible is tangible, we must remember that it is THE WORD OF GOD—alive and active (Heb. 4:12) and coming directly from God Himself (2 Tim. 3:16).  The following attributes of God support the reliability of His counsel:

We, as believer in Christ, can trust in the reliability of God’s counsel because of who God is and because of our relationship with Him.  It is not necessary for us to check the credentials of God or ask for references; check within the pages of Scripture and see where God has proven Himself to faithful and true.  But better yet, look within the pages of your own life and see where God has shown Himself to be a faithful and true Counselor.

Next week will close this series with “Reasons God’s Counsel is Rejected”.