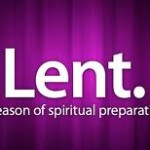 “Giving thanks to the Father who has qualified us to be partakers of the inheritance of the saints in the light. He has delivered us from the power of darkness and conveyed us into the kingdom of the Son of His love, in whom we have redemption through His blood, the forgiveness of sins.”

During my personal devotions this Lenten season, the scripture texts that resonate in my spirit deal with God’s gift of salvation.  Many times we quickly define salvation as “Christ’s death for our sins” but we would be better informed by understanding “the details behind His death.”  This week, as part of our Lenten season studies, we will explore the “details of redemption.”

Redemption (apolutrosis) is the purchase back of something that had been lost, by the payment of a ransom.   In the God’s plan of salvation, man was lost as a result of the entrance of sin into the world.  (Gen. 3)  Why was redemption required?  God’s holiness required that sin be “dealt with.”  God’s justice required a ransom to “redeem” for wrongdoing.  How was redemption to be accomplished? “Not with the blood of goats and calves, but with His own blood He entered the Most Holy Place once for all, having obtained eternal redemption.” (Heb. 9:12)  Who would redeem us?  “Inasmuch then as the children have partaken of flesh and blood, He Himself (Jesus Christ) likewise shared in the same, that through death He might destroy him who had the power of death, that is, the devil,and release those who through fear of death were all their lifetime subject to bondage.”  (Heb. 2:14-15)

To further illustrate redemption, I offer this personal story.  I remember my parent’s “patient and tireless” love for me.  I especially remember their offer to assist me with my finances as I began my new career as an elementary teacher.  Like most young adults establishing themselves, I was indebted “to credit.”  My parents, after seeing me struggle would “pay off” my debt with my promise to limit my use of the credit card.  Well, a year later, I was back in debt.  My parents again, “made the offer to pay, I promised not to stray, but the debt would not stay away.”  This happened on many occasions, I’m embarrassed to say.   I finally had to decline their generous offer and learn to better manage my monies.  The point of this illustration is that my parents were willing to pay the debt to the creditors—my debt—a debt that they had no part in creating.

Likewise, God, our Heavenly Father, through His Son, has provided a way to eliminate our sin debt.  “Christ, who knew no sin, became sin for us that we might become the righteousness of God in Him.” (2 Cor. 5:21) The debt against us is not viewed as simply cancelled, but paid in full. Christ’s blood is the “ransom” by which the deliverance of His people from the servitude of sin and from its penal consequences has been secured.   Why would God want to redeem man?  Because of His great love for us—we are His children and heirs to His kingdom.  He “patiently and tirelessly” loves us and desires that we would be free to realize all He has promised to and for us.  Just like my parents desired for me.

Good to the Last Byte…

Paul said in his letter to the Corinthians, that God “had delivered him, was delivering him and would deliver him” from all hurt and harm. (2 Cor. 1:9-10)  While Paul was speaking of God’s acts of protection and provision, He also acknowledges God’s ultimate victory over the power of sin.  God not only defeated Satan and sin but He annihilated it.   (Col. 2:15)