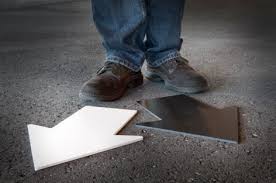 Discernment, the process of keen insight and good judgment, has always been desired by men as they attempt to successfully execute their duties as leaders, managers, and advisors. Requesting spiritual discernment, on the other hand, is something that requires a fuller understanding of its power and personal responsibility.

In the Old Testament, Daniel depended on spiritual discernment in his role as ruler over the province of Babylon and chief administrator over all the wise men in Babylon.  As Daniel interpreted his vision to King Belshazzar, he acknowledges it was “he (an angel) who told me and made known to me the interpretation of these things.” (Daniel 7:16)   Daniel sought spiritual discernment.  The psalmist asked the Lord to “open my eyes that I may see wondrous things from your law.” (Psalm 119:18) “Opening the eyes” metaphorically described supernatural vision enabled within the psalmist to comprehend the astonishing things God revealed in His Word—that which could not be physically perceived.  The Psalmist prayed for spiritual discernment.

In the New Testament, Paul describes the dilemma of the unregenerate as they attempt to receive spiritual discernment.  “But the natural man does not receive the things of the Spirit of God, for they are foolishness to him; nor can he know them, because they are spiritually discerned.” (1 Corinthians 2:14)

The unregenerate is denied spiritual discernment.

In our study text (1 King 3:9-14), King Solomon, upon ascension to the throne of Israel, asks the Lord for what he feels is essential in order to serve this great nation.  Here Solomon models for us the key essentials in approaching God and requesting spiritual discernment.

First, Solomon recognized his position as a servant before the Divine Regent of the world (Is. 33:22).  He was retained by God to administer all the functions of government on behalf of God.  Solomon was to be judge, lawgiver, and king.  Secondly, Solomon requested an understanding heart to judge the people.  Solomon was concerned with possessing not only compassion and tenderness for the people but that he would perform his duties with virtue and integrity so that the people would feel they were treated justly, honestly and free from bias.  Finally, Solomon asked for the ability to discern between good and evil.  To discern (shama) is interpreted to mean to perceive or to hear.  More specifically it means to hear in such a way as to give one’s undivided listening attention.  The main idea behind shama is the need to “perceive the message being sent”.  In other words, Solomon is asking that he will hear a word from God to help him distinguish between good and evil.

The Message paraphrase expresses Solomon’s request this way: “Give me a God-listening heart so I can lead your people well, discerning the difference between good and evil.  For who on their own is capable of leading your glorious people?”

Because of Solomon’s request for discernment, God honored Him with more than he could have ever imagined (1 Kin. 3:12-14).

To discern good from evil has become more difficult as evil rapidly gains new levels of acceptability each day.  Just listen to the news or read your favorite blog.  People are calling what’s wrong right and what is right as wrong (Is. 5:20-23).   Charles “Chuck” Swindoll, Christian pastor, author, educator, and radio preacher, has noted three troubling changes in our nation that highlight the need for spiritual discernment.

Imagine in your spiritual mind…

It is time for us to be intentional in our pursuit of spiritual discernment as we continue in these “evil and wicked days” (Ep. 5:15-21).  Like Daniel, we must seek it.  Like the psalmist, we must pray for it.  Like Solomon, we must humbly yet boldly ask for it.