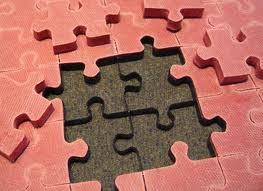 The secret things belong to the LORD our God,

but the things revealed belong to us and to our children forever,

It is the nature of man to be curious about “secret things”—things that are yet to be revealed; things that remain hidden from immediate view. This curiosity has led to man’s fascination with astrology, fortune telling and other “future gazing” activities. Secret things have contributed to the bizarre growth in social media followings, gossip tabloids and entertainment shows that uncover the latest exposés of the rich and the famous. As the children of Israel prepared to enter the Promised Land, they were more than curious as to what secret things God had planned for their lives. Moses addressed their curiosity with a clever statement of fact about the revelations of God that still holds true today—“the secret things belong to the LORD but the things revealed belong to us.”

The secret things are those things known only to God. The prophet Isaiah best captures this truth in the difference between human and divine knowledge: “His (God’s) thoughts are not our thoughts, nor our ways His ways. As the heavens are higher than earth, so are His ways and thoughts higher than ours” (Isa. 55:8-9). While man may feel that he has the right to be aware of all plans pertaining to his future, it is sovereign God who ultimately determines what needs to be known and what must be accepted by faith alone. “The just shall live by faith” is an iconic expression of trust and hope that encourages believers to proceed without all the answers confident in God’s goodness and greatness (Jer. 29:11-13).

The things that belong to us are those truths which God has communicated through His Holy Spirit and through His Word. With the coming of Pentecost, believers were gifted with the Holy Spirit to live within them. Jesus provided not only a Comforter with the Holy Spirit but also His Presence to guide believers in all truth (John 16:13). God’s Word continues to reveal His nature and His never ending love for His people. From Genesis to Revelation, God discloses Himself as the Master Creator seeking to restore His relationship with His beloved Creature. The greatest evidence of God’s persistence and love is His plan of salvation resulting in man’s freedom from the penalty of death, our reconciliation with the Father, power to live victoriously, and the promise of eternal life, beginning now (1 John 3:2).

Through the things that belong to us we gain a thorough knowledge of God and what is needed to live godly lives (2 Pet. 1:3). Our challenge will come in our ability to walk in the truth that God has revealed to us and to obediently follow His directions. Shifting societal and moral norms will force believers to “stand fast” in that which has been clearly revealed by God (Eph. 6:11-13; 2 Thess. 2:15). Such shifts will lead to continual rejection of Christian beliefs and persecution by this fallen world (2 Tim. 3:12). However, Jesus has more than adequately prepared us for such a time as these: “These things I have spoken to you, that in Me you may have peace. In the world you will have tribulation; but be of good cheer, I have overcome the world” (John 16:33). As believers we need not concern ourselves with the secret things we don’t know BUT to trust and obey that which we do know.