A thought on obedience:
the Character of Obedience

“And having been perfected, He became the author of eternal salvation to all who obey Him.” Heb. 5:9 (NKJ)

Obedience—is it an outcome of our faith walk or is it the means by which spiritual maturity is accomplished? As we share take a moment to center a thought on obedience, we will explore scripture and our ultimate example: Jesus.

A discussion of obedience seems most appropriate for the Lenten Season.  As I read the accounts of the apostles and other great propagators of the faith, it is evident that obedience played a major role in their faith walk. The hallmark of obedience is modeled by our Lord and Savior, Jesus Christ. Christ is the perfect model as we too journey to the Cross.

The Apostle Paul uses the Greek word for obedience, hupekoos.  Hupo mean “under” and akous means “to hear”.  Christ was under the direction and conviction of God.  He was obedient to the law of God that stated that without the shedding of blood there could be no remission of sin (Heb. 9:22).

We see the character of obedience displayed through the humility of Christ.

“Christ Jesus, who, being in the form of God, did not consider it robbery to be equal with God, but made Himself of no reputation, taking the form of a bondservant, and coming in the likeness of men.  And being found in appearance as a man, He humbled Himself and became obedient to the point of death, even the death of the cross.”  Philippians 2:5-8

In this text, the Apostle Paul uses the Greek word hupekoos.  Hupo mean “under” and akous means “to hear”.  Christ was under the direction and conviction of God.  He was obedient to the law of God that stated that without the shedding of blood there could be no remission of sin (Heb. 9:22).   He humbled Himself as Deity and as a man, shed His blood for our sins.  As we focus our moment in thought on obedience.  That is something to remember.

We see the character of obedience displayed through the submission of Christ.  “Therefore, as through one man’s offense judgment came to all men, resulting in condemnation, even so through one Man’s righteous act the free gift came to all men, resulting in justification of life.  For as by one man’s disobedience many were made sinners, so also by one Man’s obedience many will be made righteous.” Romans 5:18-19

Here obedience is the Greek word hupakoe which means “attentive harkening, compliance or submission”.  It usually refers to obedience to God’s will in a “special sense”—of willing subjection.  Unlike the animals used in previous sacrifices, Christ came willingly to the Cross.  He expressed His submission to God’s will in the Garden of Gethsemane as He repeated “not My will but Your will be done” (Matt. 26:39, 42; Mark 14:32-36).

We see the character of obedience displayed through the suffering of Christ.

“(Jesus) who, in the days of His flesh, when He had offered up prayers and supplications, with vehement cries and tears to Him who was able to save Him from death, and was heard because of His godly fear, though He was a Son, yet He learned obedience by the things which He suffered.”  Hebrews 5:7-8

Hupakoe is still the translation of obedience here.  Through His suffering, Christ met the need for a human who could fit God’s righteous requirement (Matt. 5:13) and prove to be the perfect sacrifice to take the place of sinners (1 Pet. 3:18).  He “learned” obedience to confirm His humanity and to experience humanities’ suffering to the fullest (Luke 2:52).

“And having been perfected, He (Jesus) became the author of eternal salvation to all who obey Him” (Heb. 5:9).  To obey or hupakova is the manifestation of faith as revealed in the humble acceptance of the Gospel message.  This is our opportunity to display obedience.  Acceptance of the Gospel requires acceptance of Christ as not only Savior but also as Lord of our lives.  We no longer live for ourselves but for Him (Gal. 2:20; 1 Peter 4:2).  In obedience, we learn to have the “same mind of Christ”—obedient in humility, submission, and in suffering.

In a world where defiance and noncompliance is encouraged and revered, Christ offers a different model for living.   Just think, through His obedience two-thousand years earlier, He changed the “eternal outcome” to “all who obey Him” (Heb. 5:9).  Once destined to an eternity in hell, we now are partakers of eternal life (John 3:16).  That’s something to shout about!

Let us know what you think in the comments below. 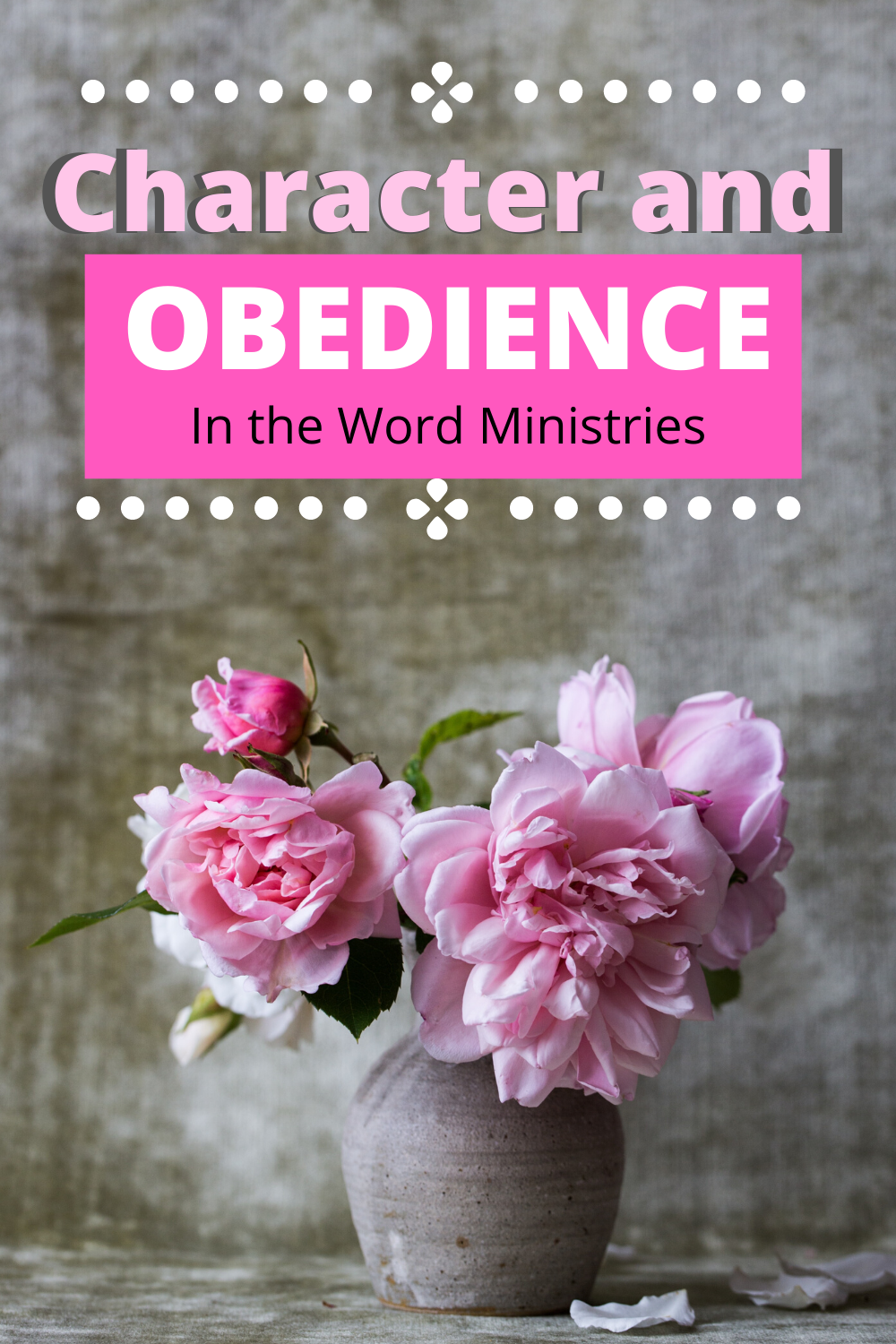